Jules loves animals, but loves animals. And has a special soft spot in her heart for all the strays that you see running around the streets here in the DR. Almost every time we would hang out she would find some sad looking dog and give it some food and water, or take it back to the clinic in a taxi to clean up its cuts.  So without a hesitating for a second, when she found three tiny abandoned puppies on the street of course she would take them home with her. But she didnt just take them in, she became their mother, loving them and caring as her children.  When I first met Jules, the puppies were tiny, hardly could walk and then just a couple fast months later, they were little dogs! Amazing how they grow.

So you can imagine that when she had to head back to school in Austria ( i learned so much about Austria and Europe from her, embarrassed to admit i couldnt have even told you what language they speak before!) saying good bye to them was so hard, even knowing that they had new adopted families to care for them.  So this was a good-bye gift i gave her, as much to say thank you for how her friendship had meant to me, as to give her a special memory of her Mira, Bella, and Zoe. 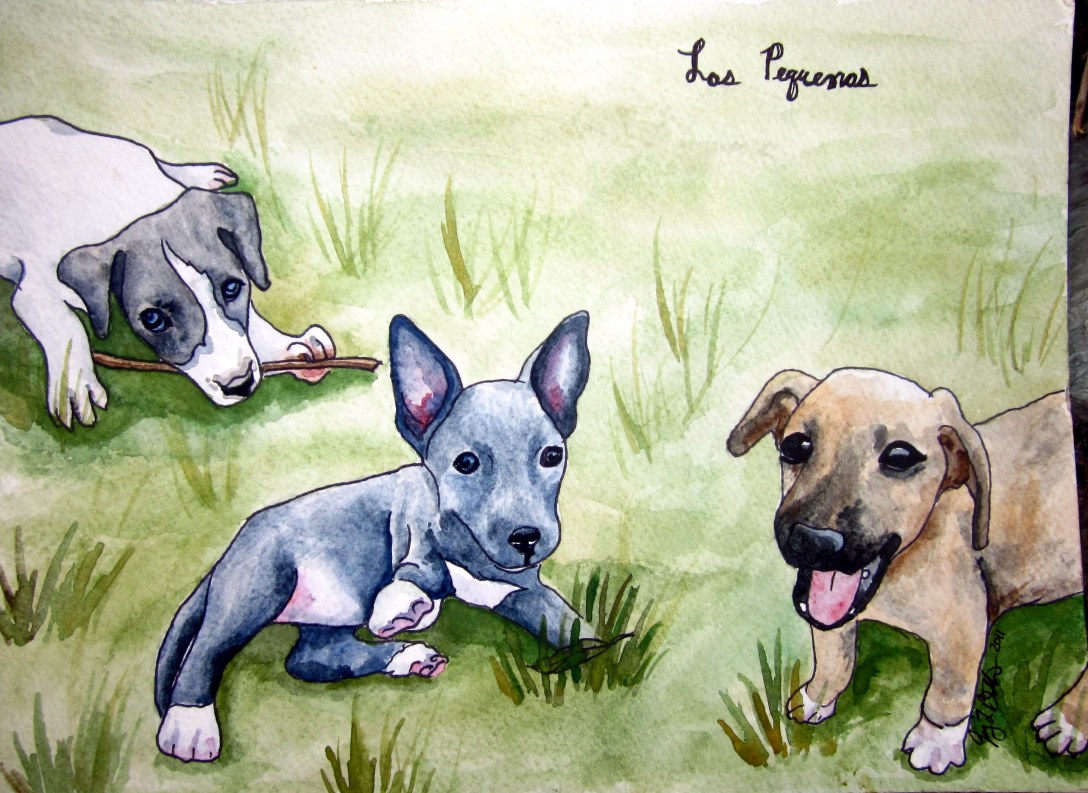